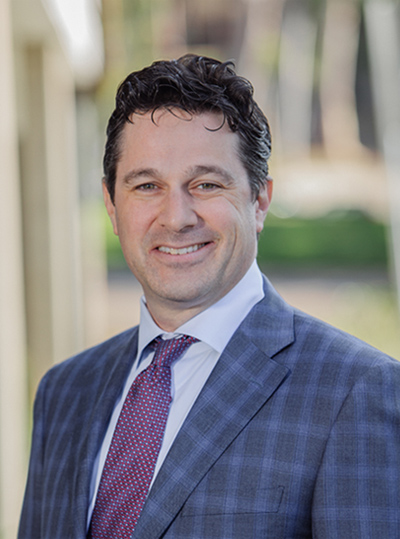 Dylan Pollard is a Los Angeles personal injury lawyer specializing in representing victims of catastrophic personal injuries and wrongful death. For the past 25 years, Dylan has dedicated his practice to representing people from all walks of life who have sustained injuries caused by individual, corporate and governmental wrongdoing.   Dylan has a proven record of results spanning a wide range of personal injury cases, including injuries caused by vehicle accidents, unsafe conditions on public and private property, defective products, and negligent pharmaceutical companies, as well as high-stakes civil rights actions involving the use of lethal force and abuse of power.

Dylan takes a client-focused approach to litigation at Pollard|Bailey, dedicated to fighting for your rights during your times of need. He ensures you are fully apprised of the situation at all times, with a unique ability to distilled complex legal topics into thoughts and processes that non-lawyers can understand.

Additionally, Dylan does everything in his power to protect your claim, ensuring you receive the maximum possible compensation for your needs. Insurance companies and corporate defendants may use underhanded tactics in order to devalue or otherwise delegitimize your claims. Dylan has devised track-proven strategies to counter and defeat these tactics.

Most importantly, Dylan understands how hard it is to be a plaintiff in a personal injury lawsuit where the defense gets hired to devalue and belittle good people who are only seeking full and fair justice for what was wrongfully done to them. He understands the relentless commitment and resolve it takes to see the road of justice to its end.

Dylan’s experience is well established.  His resume includes litigation against multiple notable Fortune 500 corporations, including pharmaceutical giants Merck, GlaxoSmithKline, Lilly, and Wyeth, and also against lawyers for every major insurance company in the United States. Dylan understands what it takes to properly work up complicated cases including multi-party cases that have unique complexities posed by representing large groups of individuals in the “mass tort” or toxic injury context, and puts the full force of his reputation, courtroom knowledge and expertise behind every client he represents, including the use of animations and other visual medium to keep the decision makers interested in the case.

COVID-19 Business Hours: Pollard | Bailey continues to be operational and accepting new clients during the COVID-19 crisis. No in person visit is necessary. Just submit your inquiry by email at info@pollardbailey.com or by using the form located at the bottom of this page and an attorney will contact you.